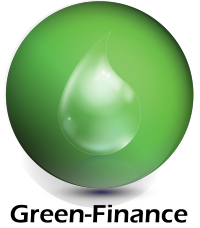 José Manuel Barroso,
José Manuel is chairman and non-executive director of Goldman Sachs International and an advisor to the firm.

José Manuel joined Goldman Sachs in London in 2016 after an established career in EU and Portuguese politics. Having first been elected to the Portuguese Parliament in 1985, José Manuel served as state secretary for home affairs, state secretary for foreign affairs and cooperation, and minister for foreign affairs in successive governments. In 1999, he was elected president of the Social Democratic Party and became the leader of the opposition. In 2002, he was elected Prime Minister of Portugal and in 2004 he was nominated as President of the European Commission. José Manuel remained in the Presidency for two five-year terms where he played an influential role in the passing of the Treaty of Lisbon, responding to the financial crisis and incorporating new members in the European Union, as the EU went from 15 to 28 countries between 2004 and 2014. On behalf of the EU, Jose Manuel received the Nobel Peace Prize in 2012 and gave the acceptance speech together with the President of the European Council. José Manuel’s academic positions included visiting professor at Georgetown University. Most recently, he was visiting professor of International Economic Policy and a policy fellow at the Woodrow Wilson School, at Princeton University. He is also a visiting professor at the Catholic University of Portugal and at the Graduate Institute of International and Development Studies in Geneva. José Manuel has been awarded numerous honorary degrees and has received more than 60 decorations, prizes and honors, including Portugal’s Grã-Cruz da Ordem Militar de Cristo and Grande Colar da Ordem do Infante Dom Henrique. José Manuel graduated in Law from the University of Lisbon and completed a master’s degree in Political Science and a diploma in European studies at the University of Geneva.

Erick Decker
“Erick Decker has been with the AXA Group since 1999 and Chief Investment Officer for AXA Southern Europe &International and New Markets countries since 2006. Erick first started his professional career in the 80’s as afinancial analyst in US Savings & Loans specializing on investment activities and then moved on to join theindustry regulators to monitor members’ investment activities. Upon his return to Europe he joined BNP Paribasand a newly created Group ALM team and was in charge of interest rate risk management.In addition to his investment responsibilities he is a member of the Group Responsible Investment governance andmanages its implementation phases with the asset managers.Erick earned a Business Sciences degree in Finance from California State University Fresno and a MasterSciences in Finance from Texas Tech University”

This website uses cookies to improve your experience while you navigate through the website. Out of these, the cookies that are categorized as necessary are stored on your browser as they are essential for the working of basic functionalities of the website. We also use third-party cookies that help us analyze and understand how you use this website. These cookies will be stored in your browser only with your consent. You also have the option to opt-out of these cookies. But opting out of some of these cookies may affect your browsing experience.
Necessary Toujours activé
Necessary cookies are absolutely essential for the website to function properly. This category only includes cookies that ensures basic functionalities and security features of the website. These cookies do not store any personal information.
Non-necessary
Any cookies that may not be particularly necessary for the website to function and is used specifically to collect user personal data via analytics, ads, other embedded contents are termed as non-necessary cookies. It is mandatory to procure user consent prior to running these cookies on your website.
Enregistrer & appliquer
PLUS D'ARTICLES